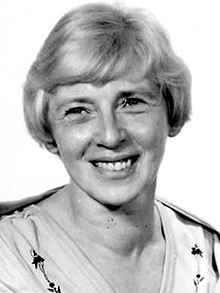 CECILIA VAJDA was born in Budapest in 1923 and died in London in 2009. As a student at the Ferenc Liszt Academy of Music and pupil of Zoltán Kodály, she began her lifelong belief in his Educational Principles as well as her deep interest in choral music. After graduating she was soon invited back to join the staff of the Academy as one of their Professors and concurrent with this position, she took an appointment as Deputy Director of the Hungarian Radio Choir, becoming their Director in 1959. In this capacity, she received much acclaim for her meticulous training of the Choir and the calibre of performance achieved. She made numerous recordings with them and gave the first performance in Hungary of many English compositions, particularly the works of Britten. Iván Kertész wrote, on the 50th anniversary of the choir “Cecilia Vajda worked wonders as a choral trainer and the ensemble’s gorgeous sonority is due in no small measure to her”.

In 1967 Vajda came to the UK on the recommendation of Kodály and at the invitation of Yehudi Menuhin. Whilst teaching at his school in Stoke d’Abernon, she was invited to conduct the BBC Chorus, making six recordings with them and giving many, very successful concerts at the South Bank including a Kodály Concert at the Queen Elizabeth Hall in 1970 and a Bartók Concert at the Purcell Room in 1971. Ronald Chrichton, Financial Times wrote “… last night’s concert was both rewarding and illuminating … she is a choral conductor of considerable ability”.

During the next few years, being the only exponent of ‘Kodály’ in Britain, Vajda was invited to give many lectures on the dissemination of Kodály’s Principles of Musicianship Training to the students and staff of numerous Universities and Colleges throughout the UK.

Vajda was appointed Senior Lecturer at the Royal Welsh College of Music and Drama in 1973 remaining there until 1988, during which time she formed the Ensemble of Soloists with a group of her students – making significant recordings with them of Kodály’s Partsongs and Bartók’s Vocal Chamber Music – including this CD which she made to commemorate the Bartók Centenary Year in 1981. The quality of the students’ performance reflects their musicianship training using the Kodály Approach under Vajda’s guidance, as well as her significant artistic skills as a conductor. In 1981, whilst at the RWCMD, with the patronage of Menuhin, Maxwell Davies, David Willcocks and other distinguished musicians, she founded the British Kodály Academy. Thus began a period of 25 years when Vajda was to so significantly influence the lives of countless teachers and musicians. She went on to found the Kodály Institute of Britain and as its Director she ran Year-long Musicianship Courses in London which were acknowledged by the Liszt Academy of Music, Budapest, while the training CDs and DVDs she designed and produced, as well as “The Kodály Way to Music” Books I and II, are still being bought worldwide.

The Civilian Cross of the Hungarian Republic was awarded to Vajda in 1992 “for her work to popularise the Kodály Concept in Great Britain”. She received it from the Hungarian President in the Parliament Building – the event being broadcast in the News programme of Hungarian Television. In 2009, Hungary once more paid tribute to Vajda’s achievements when she became the winner of the prestigious Bartók-Pastory Award “in recognition of her outstanding contribution to music and music education”. A further tribute comes from the City of Westminster in the form of a Green Plaque which “commemorates an eminent person who had lived within the Borough”. It was erected in 2015 on the building where she resided for 40 years. Vajda’s biography was also published in the same year.

Cecilia Vajda was Britain’s most authoritative and experienced exponent of Kodály’s Philosophy of Music Education. She brought ‘Kodály’ to these shores in 1967, adapted the Principles to our school system and to our musical heritage and gave life to the Kodály movement in Britain.
Following her death in 2009, the Director of the Kodály Institute in Hungary, Dr László Norbert Nemes wrote “Cecilia Vajda lived a remarkable life during which she inspired several generations of musicians both in the field of choral music and music education by her talent and great knowledge. As founder of the BKA she made enormous contributions in bringing Kodály’s Philosphy of Music Education to the attention of several generations of British music pedagogues”.
Nigel Kennedy, whom Vajda taught at the Menuhin School 40 years previously, remembered that “her style of teaching was unique and inspirational. I loved her lessons – they were the highlight of the week!”
Concert pianist Stephen Hough wrote: “I have the clearest memory of Cecilia Vajda – a woman of immense, infectious vivacity and as sparkling as a perfectly polished silver knife”. He went on – “An apt analogy, I think, because the clarity of her teaching and her ability to dissect musical ideas was as sharp as that knife. I remember her flashing laughter, her intense blue eyes and above all, her passion for music and the teaching of it”.
Other tributes from countless teachers and chorus members lay testimony to the fact that Vajda was an exceptional person – “I was so struck by the force of Cecilia’s personality, musicianship and dedication” – “Cecilia changed my life” – “She was an inspiration”.
Music was sheer joy to Cecilia Vajda and she strove to help her chorus members and students reach the peak of their musicianship skills so that they, too, could experience that same joy in their music making. She pursued excellence rigorously – as a choral conductor and as a teacher – undoubtedly excelling in both professions. In the words of Dr Nemes “Many hundreds of musicians in Great Britain and Hungary will treasure her memory forever”. 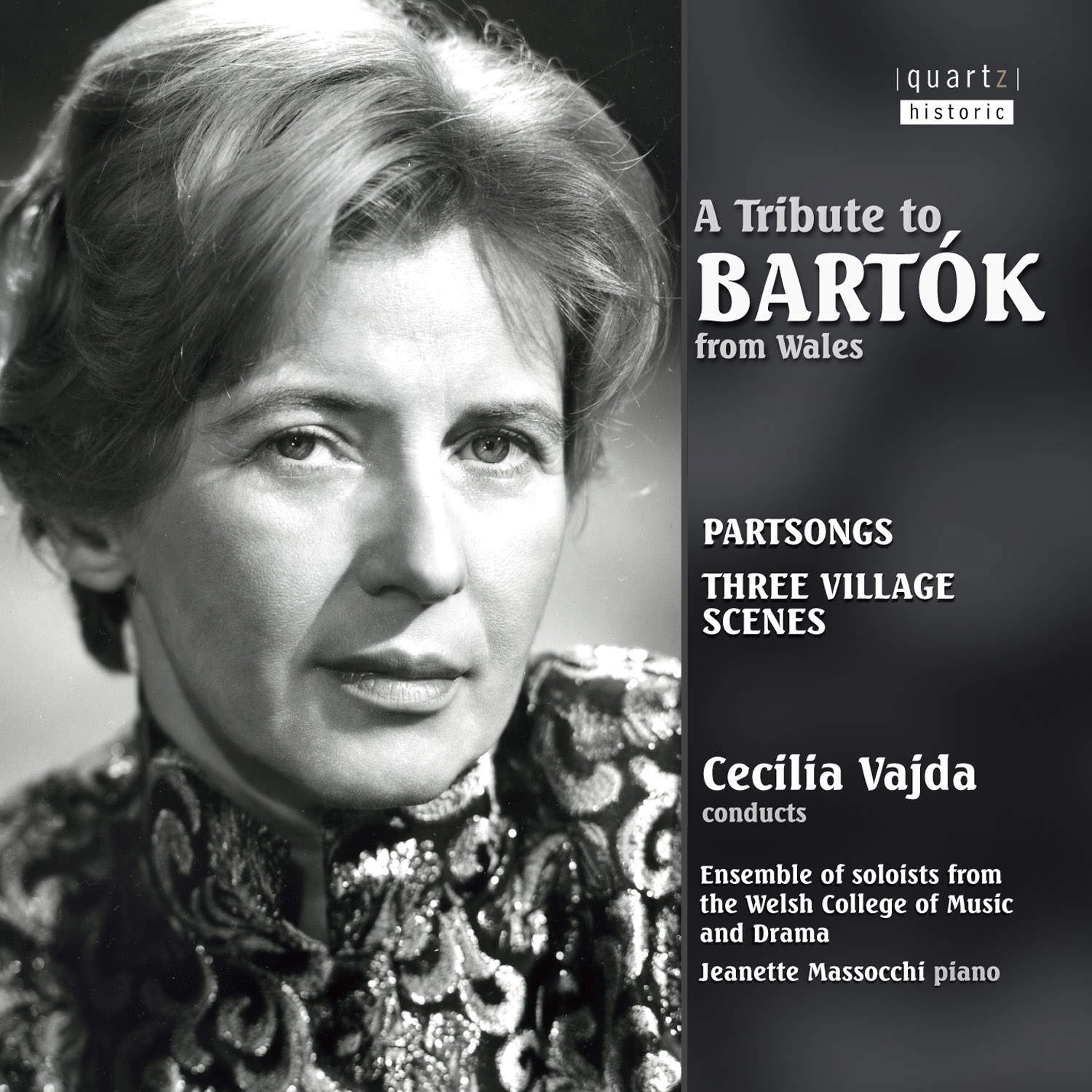 A Tribute to Bartók from Wales