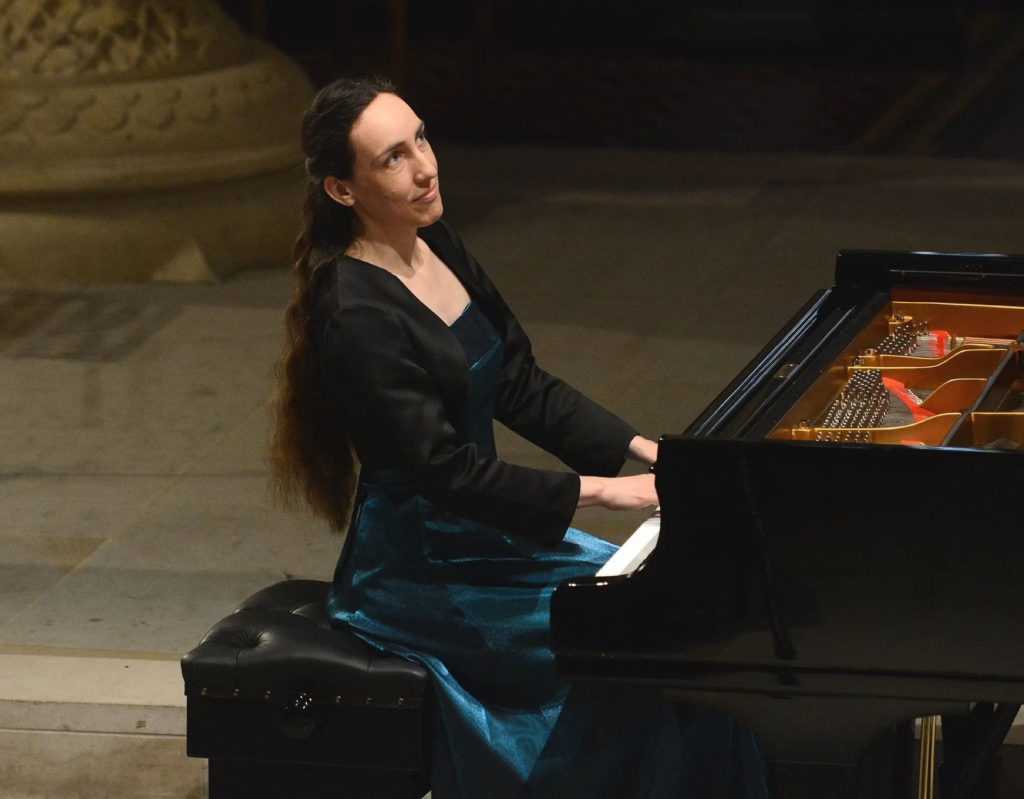 Emilie Capulet is an award-winning international concert pianist, lecturer, writer and musicologist. She regularly gives solo piano recitals, lecture-recitals and chamber music concerts in international music festivals and concert halls in Europe, the USA, Canada and Latin America. Recent engagements include a concert tour of Holland with recitals in Amsterdam and North Brabant, a performance at the Ottawa Valley Music Festival in Ontario and a concert at the B.A.R.N. in Pontiac, Quebec, concerts in France for the European Heritage Day and the Château de Lourmarin, recitals in the UK at Kings Place, Cheltenham Town Hall, Winchester Cathedral, Buxton Opera House, the Halifax Festival, the Fitzwilliam Museum in Cambridge, the Guildford International Music Festival, the Sevenoaks Summer Festival, the Princes Theatre (Clacton) for the Clacton Arts & Literary Society, The Woodville Theatre and the Woodford Concert Society. Chamber music recitals include Dvorak’s piano quintet in the historic Holywell Music Room in Oxford with the Tippett Quartet and a performance in the Ealing Music and Film Festival with the English Chamber Orchestra Ensemble. She has performed Gershwin’s Rhapsody in Blue with the Coldstream Guards and LCM Camerata in London, and has recently appeared with the Portsmouth Festival Choir as soloist in Constant Lambert’s Rio Grande at Portsmouth Cathedral. Regularly invited as guest artist on luxury cruise liners, she has performed on Cunard’s Queen Mary 2 and has led musical cruises on the Rhine and the Danube, as well as cultural tours to music festivals in France.

of the complete solo piano music of Henri Tomasi (1901-1971) on the Calliope label in 2020 to great critical acclaim. It has been awarded the ‘Grand Frisson 2020’ by Audiophile Magazine and ffff in Pizzicato Magazine, and has been featured in leading music journals in France such as L’Education Musicale, Les Chroniques de Benito Pelegrin, Utmisol, etc.

Emilie is a Fellow of the Higher Education Academy, Senior Lecturer and Head of Classical Performance at the London College of Music, University of West London. She is a member of the Peer Review Panel of the Arts and Humanities Research Council. While touring Latin America, she received the ExpressArte award for her exceptional contribution to Nicaraguan culture, art and education.