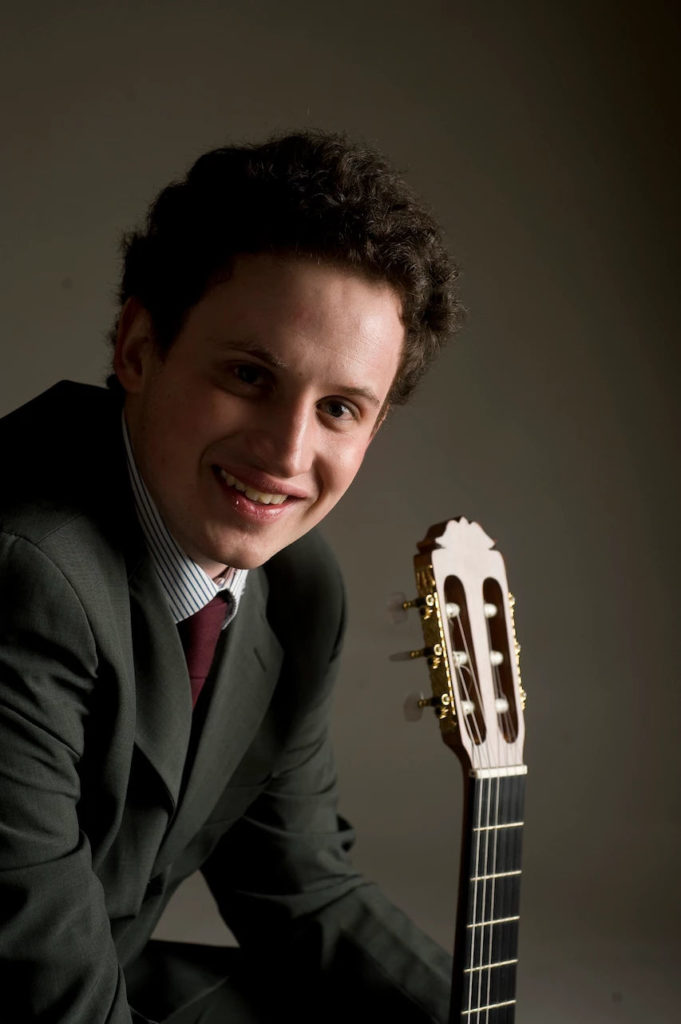 Ever since performing for the ﬁrst time publicly at the age of 9, Finbarr has continued to appear in the concert hall regularly, performing at venues such as the Wigmore Hall, St. Martin-in-the-Fields and the Royal Exchange Theatre to name but a few. His performances have garnered a number of accolades and led to descriptions of him as a “virtuoso… who transﬁxes an audience with his musicianship”, “a born communicator, whether playing the guitar or speaking.” He has often been described as an heir to the great classical guitarists of the past.

His performing career has taken him across the world to many countries including the USA, Italy, France, Norway, Sweden, Spain, Portugal amongst others, with performances on the historic Queen Mary II, Queen Elizabeth and various festivals including the Bowdoin International Music Festival in Maine and the Rye Festival in East Sussex.

Finbarr has extensively performed with a variety of ensembles with highlights including a performance of Gustav Mahler’s Seventh Symphony with the Peabody Symphony Orchestra, performances of Maria Castelnuovo Tedesco’s composition for guitar and string quartet and Joaquín Rodrigo’s Concierto de Aranjuez at the mere age of 17. He has also regularly performed with the Nocturnal Guitar Duo both in the UK and in Europe.

Another aspect of Finbarr’s career has been his desire to play and champion new works. He was involved in the ﬁrst recording of a composition written for guitar quartet and symphony orchestra by fellow Peabody alumnus Christopher Gainey performing with the Peabody Symphony Orchestra. Finbarr gave the world premiere of two works at the Peabody institute of music in collaboration with the composition department there. He also gave the world premiere of Four Intermezzi written by distinguished composer and friend, Eric Stewart, in 2014. Other interesting projects included being selected by the Royal College of Music to design and perform a programme of music based on the artwork of certain rooms in the National Gallery, London.

From 2004 to 2009, Finbarr received a prestigious Peabody Scholarship to study with Cuban concert artist Manuel Barrueco at the Peabody Institute of Music and subsequently received both his Bachelor’s and Master’s of Music during this period. Finbarr was also awarded the Artist Diploma in performance from the Royal College of Music, London in 2012. He had previously studied at the famous specialist music school, Chetham’s School of Music in Manchester for ﬁve years prior to his undergraduate studies at the Peabody.

Maestros of the Baroque