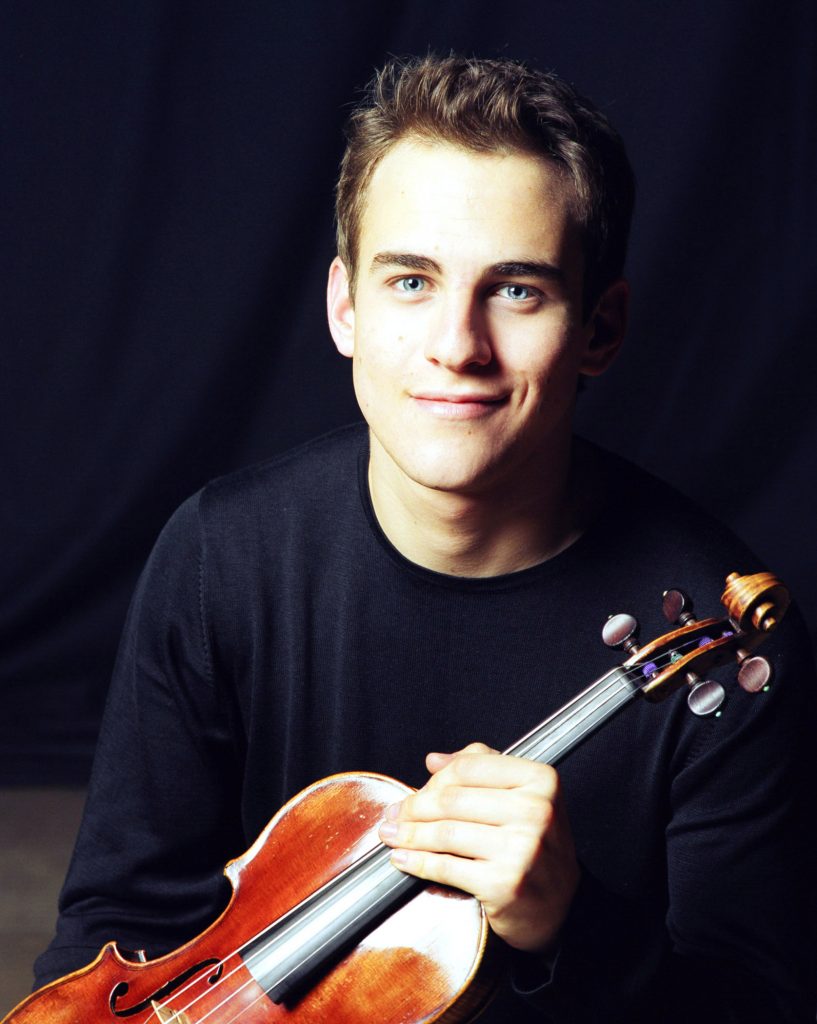 Jack Liebeck was born in London in 1980. He attended the Purcell School of Music from 1989-1999 and then the Royal Academy of Music where he graduated in 2003. He studied with Professor Mateja Marinkovic.

Jack?s first public appearance was for BBC television aged ten, when he played the role of young Mozart. Today he is described by the world press as ‘phenomenal’, ”an artist of international calibre’, consummately talented’, ‘inspired’, ‘a superlative musician’, ‘stunning’.

From the age of eleven concerto and recital performances have taken him to Singapore, Taiwan and Malaysia, the USA, Holland, Belgium, France, Switzerland, Italy, Sweden, Norway, Turkey and Yugoslavia. At home Jack has appeared in many major venues across Britain including the Royal Festival Hall and Barbican Centre. Since the age of fourteen Jack has made concerto debuts with many acclaimed orchestras including the Nieuw Sinfonietta Amsterdam, the Halle, the Royal Liverpool Philharmonic, the London Philharmonic, the English Chamber, the Bournemouth Symphony, the Lausanne Chamber, and the Royal Scottish National Orchestras. Jack has toured in the UK and abroad with the Belgian National Orchestra and the English Chamber Orchestra and has appeared under the baton of several renowned conductors including Libor Pesek, Yuri Simonov, Sir Neville Marriner, Barry Wordsworth, Martyn Brabbins, Gunter Herbig and Bramwell Tovey.

Jack’s live performances have been broadcast on radio and television in Norway, Holland, France, Yugoslavia and on BBC Radio 3 and television. He also appears as a soloist on a Warner Classics CD of Oscar Wilde Fairy Tales narrated by Stephen Fry and Vanessa Redgrave with the Academy of St. Martin-in-the-Fields.

Highlights of 2002 included Jack’s return to the Royal Scottish National Orchestra, his London debut recital to a sold-out Wigmore Hall and an eleven-concert tour of the UK with the Polish National Radio Symphony Orchestra. 2003 has included a recital in the Purcell Room, a live BBC Radio3 broadcast from the Cheltenham Festival plus recitals in Paris, Glasgow and Cardiff. Upcoming, Jack has recordings for Radio3 with the BBC Concert Orchestra (Dvorak Concerto) and Polish Radio (Beethoven Concerto) and a return to the RSNO (Brahms Double Concerto).

For more details and to listen and watch him, go to: www.jackliebeck.com