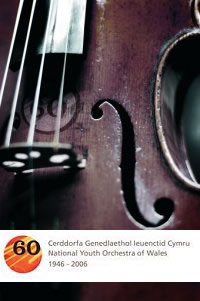 The National Youth Orchestra of Wales was founded in 1945 and is Europe’s longest-standing national youth orchestra.  It has an impressive history and has rightly merited attention both in Wales and beyond.

Successive generations of players have benefited from the guidance and tuition of internationally-recognised professional musicians, as well as from the NYOW’s distinguished conductors; Clarence Raybould (1945-1966), Arthur Davison (1967-199), Elgar Howarth (1991-2002).  In 2003, Owain Awel Hughes joined the Orchestra as its Conductor and Music Director – an association that will include the Orchestra’s 60th Anniversary celebrations in 2006.

Over the years, the NYOW has presented concerts in many prestigious venues, both at home and abroad, including St David’s Hall (Cardiff); the Bridgewater Hall (Manchester); the Waterfront Hall (Belfast); the National Concert Hall, Dublin; Beehovensaal (Stuttgart); Salle Erasme (Strasbourg), and the magnificent Konzerthaus am Gendarmenmarkt (Berlin). A smaller ensemble has also performed at La Mortella, the Walton estate on the island of Ischia, Italy.

During 2006 the Orchestra will present a series of events to celebrate its Diamond Jubilee and the achievements of Wales’ many talented young musicians, including a debut performance at the Welsh Proms on 26 July 2006, again with the artistic leadership of Owain Arwel Hughes. 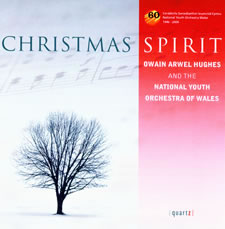