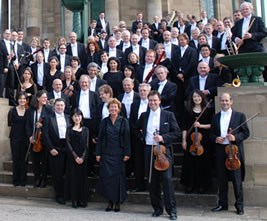 The symphony orchestra of the City of Stuttgart had its first concert in September 1924.  Its rapid artistic development permitted it to engage great conductors and soloists like Leo Blech, Carl Flesch, Hans Knappertsbusch, Hermann Abendroth, Fritz Kreisler, Carl Schuricht, and Felix Weingartner, before the orchestra was divided in 1933.

After the war ended, the members of the former state orchestra came together again under the name “Stuttgarter Philharmoniker”.  Hermann Hildebrandt, Willem van Hoogstraten, Hans Harner, Antonio de Almeida and Alexander Paulmuller were its resident conductors from 1949 to 1972.  Under Hans Zanotelli, artistic director from 1972 to 1985, the Stuttgart Philharmonic Orchestra developed into a powerful and expressive musical ensemble.  It was therefore logical for the City of Stuttgart to take over its sponsorship in 1976. Under Wolf-Dieter Hauschild, chief conductor from 1985 to 1991, the orchestra became renowned in Germany and abroad.  Carlos Kalmar continued the tradition of his predecessors from 1991 to 1995.

Musical director Jorg-Peter Weigle was the orchestra’s chief conductor from 1995 to 2002.  Maestro Walter Weller, who has been conducting the orchestra for many years was appointed Honorary Conductor in October 2003.

Since September 2004 Gabriel Feltz has been Chief Conductor and General Music Director of the Stuttgart Philharmonic Orchestra.

In addition to the many and varied tasks in connection with its concerts cycles in its home city, the orchestra regularly plays in south-west German towns.  The “Stuttgarter Philharmoniker” go on concert tours throughout Germany and abroad every year.  In recent years, they have toured the USA, Japan, China, South America and Mexico.

The orchestra’s artistic work is well known through its LPs, CDs and radio performances.  Recently recordings of Sergei Rachmaninv’s “The Rock” and “The Island of Death” and Alexander Scriabin’s “Prometheus” were conducted by Gabriel Feltz. 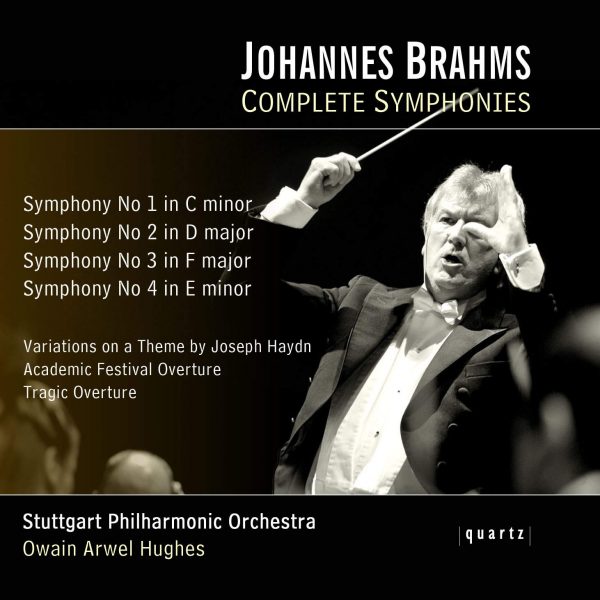