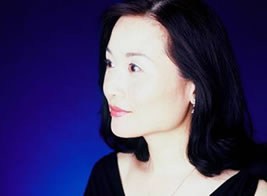 She made her concerto debut with the London Philharmonic Orchestra at the Royal Festival Hall, London in 1988.

As a recitalist, she has performed many times at St John’s Smith Square and in the Purcell Room in London. She has toured Great Britain, France, Germany, Denmark, Bulgaria, Poland, USA, Canada, Venezuela, Zambia, Thailand and Japan. She has also played with the Osaka Philharmonic Orchestra, Caracas Municipal Symphony Orchestra, and the Polish Baltic Symphony Orchestra among others.

Junko has broadcast on BBC Radio 3, and appeared on ZDF Television in Germany, and WKAR Television in the United States. Junko is founder-chair of the Takemitsu Society.