This amazing young pianist is already being recognized for her technical control and considerable subtlety. Her debut album for Quartz has already been given an outstanding review by David Cairns in the Sunday Times: “…Grace Francis’ recital at the Wigmore Hall…is closely followed by this remarkable debut disc…certainly a pianist to watch.”

For many of those who pondered the direction in which the development of piano music was taking in the first part of the latter half of the 19th-century, the output of two great but very different composers provided a fascinating choice. The elder was Franz Liszt, born in 1811, and who, certainly during his lifetime, was regarded as the greatest pianist alive and possibly the greatest who ever lived – and, as a composer, a standard-bearer of the heady era of high Romanticism, a great and true original.

The other was his younger contemporary, Johannes Brahms, born in 1833, a beacon of tradition, a preserver of classicism in music who – whilst clearly being aware of the latest developments – was able to demonstrate the continued revivification of creativity through a profound understanding of the eternal truths of what has later come to be termed the classical style. There grew up, around both composers, schools of followers whose rivalry at times reached notable enmity. If Brahms did little to curb the more strident attacks by his admirers on the ‘New Music’ of Liszt and his eventual son-in-law, Richard Wagner – and in one maladroit instance participated in them – both Brahms and Liszt knew the other’s worth. Later in life, Brahms sent Liszt a copy of his new Second Piano Concerto in the hope that he would play it, and despite the perceived public rivalry between them, Liszt was far too noble a man not to appreciate the greatness of the work and did all he could to promote performances.

Brahms, being 22 years younger than Liszt, and an aspiring pianist himself, could hardly have begun his career as a composer entirely free from the older man’s influence. If their careers after, say, the early 1850s took divergent paths, the well from which their varied streams of music had sprung was the same: Johann Sebastian Bach, whose music they each studied and transcribed for the piano. In the century following Bach’s death, the intervening figures of Haydn, Mozart, Beethoven and Schubert had also made their own indelible marks on Liszt’s and Brahms’ music – and the technical innovations of a figure of lesser expressive importance – the greatest violinist whoever lived, Nicolo Paganini – had provided, in the last of his 24 Caprices for solo violin, a theme of such extraordinarily fascinating originality that both Liszt and Brahms (as well as their contemporary, Robert Schumann – not to mention composers in the 20th-century) were to write virtuoso studies on it.

Schumann and his wife, the pianist-composer Clara, were amongst the first to recognise Brahms’ genius. The young Brahms did not seek the flamboyant life of a travelling virtuoso (and, indeed, bythe time of Brahms’ earliest works, Liszt had virtually given up concert and recital-giving), but the younger man knew – as all true artists do – that extent of which he was capable, and needed to make an impact with his first works. Not for Brahms the risk of a large-scale, programmatic Romantic symphony: his roots may have been seeded from the past, but his initial solo piano works – works that he himself could play – were essentially continuations of a Sonata style stemming from Beethoven, Schubert, and Schumann himself, yet expressed through a technique that owed more than a little to Liszt.

Brahms’ published Opus 1, his first Piano Sonata in C Major, appeared in 1853. It is generally believed to have been preceded by the Opus 2 Sonata in F sharp minor and by the Scherzo Opus 4 (also thought to have preceded both Sonatas). The C major Sonata is dedicated to Joseph Joachim, the great violinist and conductor who had introduced Brahms to the Schumanns. The work’s four movements, with the Scherzo placed third, reveal a structure that would not have caused

Beethoven, half a century before, a moment’s puzzlement. But beneath that surface lies a compositional technique, already fully developed, of formal mastery allied to subtle thematic transformation that already marks Brahms out as being totally in command of his material. Most important of all, the Sonata speaks with a new voice, an individual voice – for even in his Opus 1, the creative character of its composer could not be mistaken for that of any other. Beethoven might have considered the opening, displosive gesture as a veiled homage to the opening of his Hammerklavier Sonata, and surely would have admired the highly contrasted second subject in A minor, feminine in its lyricism and manner. This second subject tends to dominate the central development before the impressive recapitulation. The Andante, mostly in the tonic minor, is based upon an old German troubadour song, ‘Verstahlen geht der Mond auf’ (‘Secretly the moon is rising’) and comprises a set of four variations on the theme. The Scherzo – Allegro molto e con fuoco – in 6/8 is in E minor with a Trio section based upon C, and is succeeded by the equally fiery Finale, Allegro con fuoco in 9/8, a rondo with two episodes, the second of which is known to have been prompted by Robert Burns’ ‘My heart’s in the Highlands’. The Rondo theme is a transformation of the Sonata’s opening idea.

The Sonata was first published in 1853, the year in which on September 30th Brahms first met the Schumanns, at which meeting he played the C major Sonata. Schumann had noted in his diary for that day: ‘Visit from Brahms, a genius’, but three months earlier Brahms had met Liszt in Weimar,when the older master had played portions of Brahms’ Opus 1 as well as his own recently completed Sonata in B minor to the young German, who – so it was reported – dozed off during Liszt’s Sonata. No doubt their outwardly cool attitude to one another stemmed from that first meeting, although Liszt must have rejoiced at seeing in the Sonata the young man’s metamorphosis of the thematic material, and by the virtuoso demands Brahms makes on the pianist.

Brahms lived during the period of High Romanticism, yet his art could hardly be said to possess those elements of self-projection, of emfindsamkeit, that marked the music of such great Romantics as Berlioz, Liszt and Wagner, for example. We have noted that in his published Opus 1, the second movement was a set of variations on an old theme, and before eight further years had passed he had completed four more sets of variations for solo piano, concluding with one on a theme by Handel, which appeared in 1861. In the following year, Brahms began two further sets of variations, both on the same theme by Paganini, books I and II, which are occasionally heard together although they are separate works and must be considered as such. Brahms published the variations as two books of Studies (‘Studien für Pianoforte’ is the correct title). They constitute one of the most masterly groups of variations in existence.

Although both books comprise the theme followed by 14 variations, the second book is rather freer in the sense that virtuosity is more to the fore and that the harmony and variety of mood within Brahms’ self-imposed strict limits is quite different from the first book’s growth towards a powerful ending, even though the underlying tonality of A minor (the key of Paganini’s theme) hardly varies. The resultant set of transcendental studies is of the highest calibre, worthy to stand alongside those so named by Liszt. In particular, the double notes of the first variation and the cross-rhythms of the seventh stretch the pianist’s technique very considerably, albeit always subsumed to the underlying musical expression.

In contrast to the unexceptional lifestyle adopted by Brahms, no truly great composer lived a more colourful existence than Liszt, and of no other great composer can it be said – as it can in his case – that over one hundred years after his death the art of such an incredibly complex man should still
be unknown in its entirety. His rehabilitation has been a gradual process, and it is certainly not yet fully achieved. His most popular solo piano works have always been found in the repertoire of every virtuoso, but it is only in recent decades that pianists have felt able to programme his lesser-known pieces. The sources of inspiration for Liszt’s music were many and varied, as befits the art of such a complex man. Literary sources often provided the impetus for his instrumental and orchestral music (as well as, of course, his vocal works) and after the publication in 1830 of a collection of poems by Alphonse de Lamartine entitled Harmonies poétiques et réligieuses, the volume provided inspiration for no fewer than fourteen of Liszt’s solo piano pieces (written between 1833 and 1852), of which one, Funérailles, subtitled October 1849, is one of the master’s indisputable masterpieces – intense, concentrated, and powerful in expression.

The Ave Maria in B flat major – one of several works to which Liszt gave this title – comes from nine years earlier, and derives from an earlier choral setting of the prayer.

Equally obvious literary inspiration, this time from Dante, is found in the Sonetto 104 del Petrarca from the second book Liszt entitled Années de Pèlerinage (Years of Pilgrimage) – collections of individual pieces reflecting his travels as a virtuoso pianist in the company of the married Comtesse Marie d’Agoult – by whom he had three children until their separation in 1844. From the seven numbers in the second set, inspired by aspects of their time in Italy and by the work of other artists in various fields, come the three so-called Petrarch Sonnets, of which that based upon Sonnet 104, is the second. As with the Ave Maria, the Petrarch Sonnets in this collection are solo piano versions of settings of the poems. The second is Pace non trovo, e non da far Guerra (I cannot wage war, yet I cannot find peace). Liszt later published what he termed a supplement of three pieces to Book 2, a supplement which in itself went through several revisions, recompositions and including a new piece (the second, Canzone), collectively named after Venezia e Napoli (Venice and Naples) of which the Tarantella concludes the set. The three supplementary pieces are themselves founded upon thematic material by other hands, although the original composer of the theme of the brilliant Tarantella is unknown. 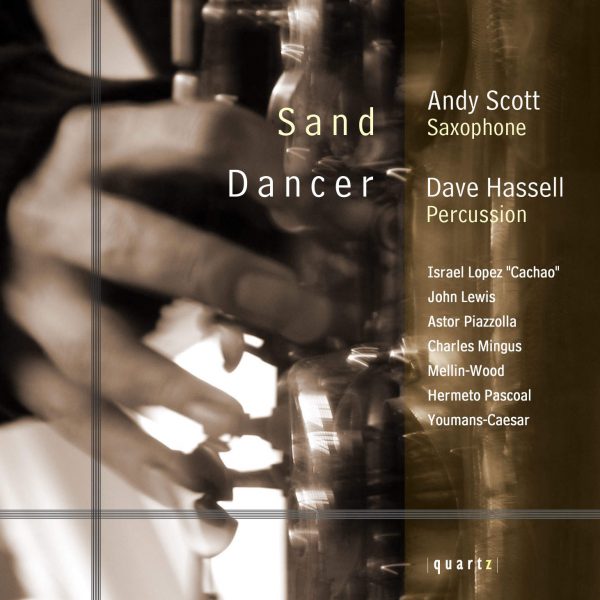 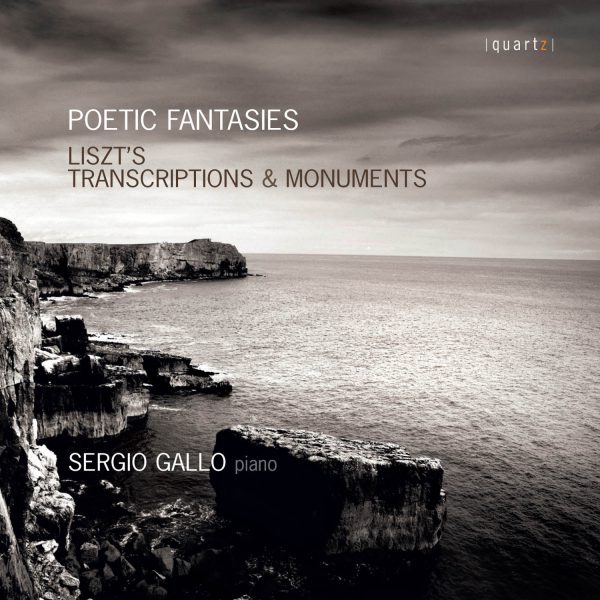