This CD by the acclaimed flute and guitar duo, Anna Noakes and Richard Hand, explores the rich seam of South and Central American music that has been further enriched by cross-fertilization with a series of African and European influences. Listen to free excerpts at the foot of this page, download individual tracks or order the CD online.

In addition to the indigenous cultural wealth of Central and South America, Latin American music has been further enriched by cross-fertilisation with a series of African and European influences. The music on this CD exemplifies the juxtapositions that characterise this diversity. The three pairs of pieces that comprise Roberto Sierra’s Cronica del Descubrimiento (Chronicles of Discovery) explore the clash of cultures between the aboriginal Indians of the Caribbean islands and the Spanish Conquistadores. Sierra is particularly fascinated by “the image of surprise and bewilderment from both sides at first contact” and tries to put in musical thought his own “interpretation of some of the things that might have occurred 500 years ago”. Leyenda Taina is the name of the tribe that inhabited Puerto Rico (Sierra’s island of birth) while Noche is a tone poem that evokes the primeval night sounds of the Caribbean. En busca del oro alludes to the engine that moved the conquest: the search for gold and riches. Cancion and Batalla close the cycle with a stark contrast: the innocence of a simple song and the violence of battle.

The influence of African music on the Cuban culture is exploited by Tulio Peramo in his Cantos del Caribe. As Peramo explains in a letter to Richard Hand – â€˜The idea was to make a collection of arrangements of Cuban popular songs for flute and guitar for Eliot Fisk’s duo with Paula Robison. The pieces selected were a group of original songs, Yambama (Eliseo Grenet), La tarde (Sindo Garay), El manisero (Moises Simons), Ogguere (Gilberto Valdses) and a piece for solo piano La comparsa (Ernesto Lecuona). These pieces had always been an integral part of my Cuban musical environment and, consequently, are very close to my heart. All these pieces date from the first decades of the 20th Century and aesthetically fit into the movement known as Afrocubanism, which tried to restore the importance of African culture while blending it with European influences (particularly Spanish, but also French). Ogguere is a lullaby, sung by a black mother to her child. La comparsa is a description of a typical festival of African origin, much used by Cuban black population, which developed into popular festival enjoyed by all the Cuban people. Yambama is something like a calling of a black man, who sings about his joy and sorrows. La tarde is a romantic love song, in some way linked to Italian Romantic Opera melody style. El manisero is what we call a “prega”, the street vendors’ song calling for customers for their goods. Eliot Fisk was keen that the guitar part should be virtuosic, and I was happy to oblige. The flute part was conceived for the beautiful sound and singing qualities of Mrs. Robison playing.”

The range of Marlos Nobre’s influences is eclectic in the extreme; he studied with a number of different teachers in his native Brazil and then abroad with such diverse figures as Ginastera, Ussachevsky, Messiaen, Dallapiccola, Bernstein and Goehr. The influence of Bartok and Lutoslawski is evident in his use of diatonic folk material in a dissonant harmonic context. His music went though a number of distinct phases from tonal to modal, polytonal, serial and atonal. His later work, including Solo 1 for flute, moves effortlessly from style to style, successful combining traditional and contemporary elements.

Both Piazzolla and Villa-Lobos studied with Nadia Boulanger in Paris, who encouraged them to embrace European modernism but without losing sight of their distinctive nationalist identities. Upon his return to Brazil, Villa-Lobos’s involvement with politics and educational music-making meant that he was responsible for the organisation of a great many public ceremonies and events. Music at these events was used to glorify the country’s achievements and aspirations and to stimulate a sense of unified nationhood. At one of the ceremonies in Rio de Janeiro in 1937, Villa-Lobos’s Motivos Gregos for flute and guitar was first performed, including the optional female chorus and ballet. It was eventually published as Distribuicao de Flores (Distribution of Flowers). Like many of his earlier symphonic poems, this short work evokes Greek antiquity and reflects Villa-Lobos’s love of classical mythology instilled by his father. The work’s timeless quality is characterised by a haunting Satie-like modal flute melody floating over gentle open string chords on the guitar.

Astor Piazzolla’s “Tango Nuevo” combines the gritty harmony and irregular rhythms of Bartok and Stravinsky with the sensuous energy of the Argentinean tango. Histoire du Tango traces the journey of the tango from the Bordellos of late 19th Century Buenos Aires to the modern-day concert hall. Piazzolla provides a useful description of each movement:

“Bordello, 1900: The Tango was first played on the guitar and flute. Arrangements then came to include the piano, and later, the bandoneon. This music is full of grace and liveliness. It paints a picture of the good natured chatter of the French, Italian and Spanish women who peopled these bordellos as they teased the policemen, thieves, sailors, and riffraff who came in to see them. This is a light-hearted tango.

Continental Cafe, 1930: This is another age of the tango. People stopped dancing as they did on 1900, preferring instead simply to listen. Tango has become more musical and more romantic. It has undergone a total transformation: the movements are slower, with new and often melancholic harmonies. Tango orchestras begin to consist of two violins, two bandoneons, a piano, and a bass and occasionally a singer.

Night Club, 1960: This is a time of rapidly expanding international exchange, and the tango evolves again as Brazil and Argentina come together in Buenos Aires. The bossa nova and the tango are moving to the same beat. Audiences rush to night clubs to listen earnestly to the new tango. This marks a revolution and a profound alteration in some of the original tango forms.

Modern-day Concert: Certain concepts in tango music become intertwined with modern concert music. This is today’s tango and the tango of the future as well.

First Milonga, Last Tango is a pair of pieces that pays homage to Astor Piazzolla. First Milonga was written as an elegy in the week following Piazzolla’s death in 1992; at one point it refers directly to the Continental Cafe movement of Histoire du Tango. Last Tango, written ten years later, is the final piece in a series of tangos constructed using fragments of material from Piazzolla’s St. Louis en Laile (named after the church in Paris). It also draws on a groove by David Byrne. As the tango progresses so these two contrasting ideas intermingle, eventually becoming inseparable as the piece drives towards its inevitable climax. 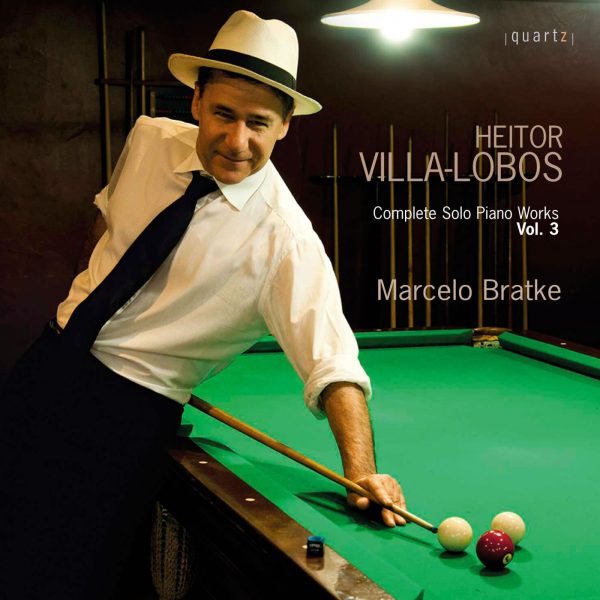