A recital of solo cello work recorded by one of the most exciting young cellists of today.

Zoltán Kodály was in born 1882 in Kecskernet, Hungary he came from a family of musicians and learnt the violin, piano, viola, and later also violoncello. He began composition as a student and studied Hungarian and German language and literature at the University of Budapest from 1900. He received tuition in composition from János Koessler at the school of music in Budapest. Kodály was interested, above all, in Hungarian folk music. He travelled with Béla Bartók through Hungarian villages and collected several thousand folk songs and developed from them his own Hungarian national style, which was meant to supersede the late Romantic style there. In his own compositions, he tried to merge this folk music with a contemporary musical language; for example, he extended traditional tonality with the use of chromaticism, modality or through his own chords (for example a six-note chord made up entirely of whole tones) but he primarily utilised the classical form, despit all of this. An outstanding work in his Oeuvre, in many respects, is Violoncello Sonata, Op 8. After J.S. Bach wrote his Six Suites for Violoncello in the 17th century, no truly significant works were written for this instrument in the following two hundred years. Only in the 20th century, beginning with Kodály, did composers begin to apply themselves again, more seriously, to this genre. Crucial in this development was the dissolution of tonality, so that a greater number of fingering combinations were possible on the violoncello. Kodály used scordatura (the two lowest strings are tuned a half-step lower) to increase the sound space. Altogether, he extended the technical boundaries of the instrument. Violoncello Sonata, Op.8 was written during Kodály’s first compositional period, in 1915. In contrast with Stravinsky’s Neo-Classicism, which combined Modernism with Baroque style, in Kodály’s ‘National Classicism’, the models of Hungarian folk music (in an abstracted form) combine with a Classical ideal (Mozart or Beethoven).
Rodion Schtschedrin born in Moscow in 1932 is exactly fifty years younger than Kodály. He is a pianist and composer and became Professor of Composition at the Moscow Conservatory in 1964. He currently lives in Munich and Moscow. Initially, Schtschedrin did not obey what he described as the “Dictatorship of the Avant- Garde” and found through this, his own style rooted deep in Russian folklore. However, in his later works there are also Western influences. His adoration of J.S. Bach is reflected quite broadly in his craftsmanship in composition. The Russian Fragments were composed in 1990; many traditional elements of the ‘Russian soul’ can be found here, such as the markings quasi Balalaika or quasi Contrabasso. Other examples of this, are disguised traditional melodies and sounds of the Orthodox Church.
Giovanni Sollima comes from a Sicilian family of musicians and is a cellist and composer. He studied violoncello and composition in Palermo and Stuttgart and since then has primarily been heard as an interpreter of his own works. Sollima’s works are influenced by minimalism, rock, and jazz, as well as ethnic music of his Sicilian homeland. In his frequently unconventional compositions, he deploys alienating electrical effects such as reverberation or distortion. His piece Lame (2004) is a portion of the dance theatre piece Caravaggio, a thoroughly energyladen work beginning on just one pitch, it develops into a thick interplay of double stops. Despite constant metrical changes and biting dissonances, the work is very catchy. Alone was written for the Stradivarius International Cello Competition in Milan. The piece consists of four sections with ABAB structure and starts from very slow introduction. Sad folklore melody is accompanied by a held D and left hand pizzicatos. The following section is very quick and virtuosic/mechanical, again with frequent changes of meter and just as powerful as Lame.
Alfred Schnittke grew up in Engels, near Saratow, as the son of a Catholic German teacher and a Jewish journalist. At first, he experimented with aleatory and serial systems, however, he felt increasingly limited by these compositional techniques and eventually turned to a polystylistic idiom. He did not confine himself to pure style collages but combined different styles into an essentially new style. He melded elements of Jazz, Baroque, Orthodox sacred music, music from the synagogue, Gregorian Chant, and the Lutheran Chorale. Improvisation, dedicated to Mstislav Rostropovich, was written in 1993 and contains fewer ethnic elements than the works of the other composers, on this disc. It is certainly the most thoroughly constructed work on this CD. Here, Schnittke uses quarter-tones and utilizes chromatic and whole-tone scales as the basis of the work. Pablo Casals was born in Catalonia (Spain) in 1876. Although he was a composer and a conductor, above all, it is as a cellist that he became world famous. When he was thirteen, he found an edition of Bach’s Solo Violoncello Sonatas in an antique shop and from that moment on, ranked him above all other composers. Casals is seen as a trailblazer in modern violoncello playing. Toward the end of his life, he campaigned for peace, and he received the United Nations Medal of Peace in 1971 for this work. At the age of 96, he played his composition Song of the Birds for this occasion. This work utilises a Catalonian folksong. He explained, “The singing of the Birds. Birds, when in the sky go singing: Peace, peace, peace, this is a melody that Bach, Beethoven and all great people would have admired and loved, and, in addition, it springs up from the soul of my country: Catalonia.” Thus, with this piece Song of the Birds, he created a wonderful character piece, written entirely in the Romantic vein.
Text: Esther LaugTranslation: Alissa Rose 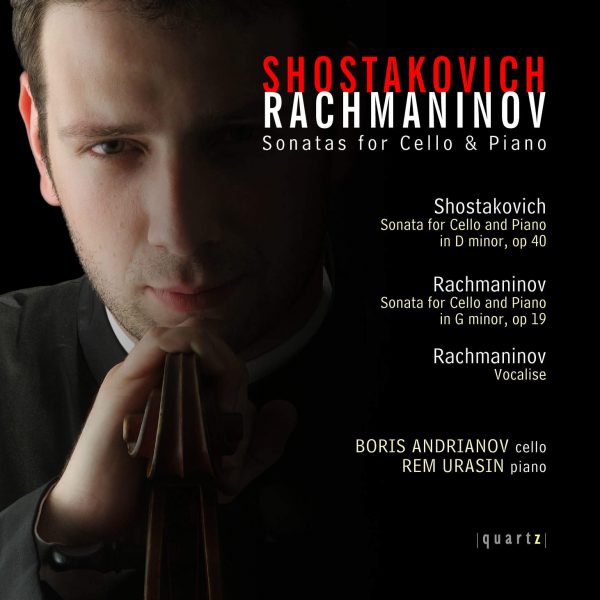