Chisato also feels a special affinity for some of the neglected piano literature of the late 19th and 20th centuries leading her to make a special study of Nikolai Medtner and so including his Sonata in G minor Op. 22 on this recording.

When he was young, Rachmaninoff heard Anton Rubinstein in recital and the older man influenced the younger in his approach to the piano and even in choice of repertoire. In the absence of recordings of Rubinstein’s piano playing we might hazard the suggestion that some remnant of it remains in the playing of Rachmaninoff, which of course was recorded. As a composer Rachmaninoff is a somewhat different composer to the Germanically-inspired Rubinstein; the early works show the influence of Chopin perhaps, in the layout of the keyboard writing, but the Russian’s individual temperament is asserted very early in his career; the tolling bells of the C sharp minor Prelude Op. 3 attest to this. By the time he came to write the Moments Musicaux he already completed his amazing and original Symphony No. 1 in D minor. This set of piano pieces was completed while Rachmaninoff was waiting for the first performance of the symphony, a performance which was incidentally a disaster, due allegedly to the drunkenness of the conductor, Glazunov. In the Moments Musicaux Rachmaninoff makes great strides as a composer; it should be remembered he was still only 23 at the time. The title of the set acknowledges the same one used by Schubert for a set of pieces written over 70 years previously. The finely wrought textures and generous melodies seem to grow out of each other organically. The languid melody of No. 1 is followed by the dizzy spinning wheels of No. 2. The B minor piece is both noble and elegiac in tone. No. 4 presents a rushing of left hand semiquavers; a Revolutionary study if you will, but of a Russian rather than Polish cast. No. 5 has the feel of a Chopin nocturne whilst No. 6 carries all before it in an outpouring of energy.

After decades of comparative neglect Medtner is now becoming recognized as one of the finest composers of his generation. Although a great friend of Rachmaninoff, Medtner wrote music that only superficially resembles his contemporary. They both shared at least two things in common: they were both exiles from their homeland; Rachmaninoff finally settling in America and Medtner in Golders Green, London. In a way they came to be musical exiles as well since their essentially romantic outlook as composers was superseded in the minds of many by the new explorations of composers such as Schoenberg and Stravinsky. Undaunted, Medtner rose to attack the new wave in his book ‘The Muse and the Fashion’ (1935). A few years previously Medtner had written to the pianist and composer Alexander Goldenweiser about the possibility of appearing in Moscow. His words are telling; ‘Will you find me acceptable at the present time, from the point of view not only of my music but of my musical ideology, which I cannot conceal?’.

Medtner wrote the Sonata in G minor Op. 22 in 1911 and dedicated it to his friend, the composer Georgy Catoire. It is a dark and richly coloured work in one movement that might invite comparison with Liszt’s great Sonata in B minor, yet Barrie Martyn has pointed out motivic similarities between Medtner’s opening gestures and those at the start of his friend Rachmaninoff’s first Sonata. Medtner’s music is intensely lyrical yet shows a fondness for finely wrought contrapuntal textures that perhaps stem from his love of Bach and Beethoven. However the modal and emotional cast of the G minor Sonata identify it as thoroughly Russian. The piece is structured along sonata form principles with contrasting themes yet it is extended by the haunting central Interlude marked Andante lugubre. The G minor Sonata is one of the finest in Medtner’s cycle of 14 such works. It has taken many years for Medtner’s reputation to grow and this Sonata is one of those works by which he is becoming better known. In the past, great pianists such as Prokofiev, Moiseiwitsch, Gilels and Horowitz all had this masterpiece in their repertoire. A new generation of pianists is now performing his music and Medtner is no longer greeted with ignorance and prejudice.

Scriabin wrote the single movement Fantasie in B Minor Op. 28 in 1900 between the 3rd and 4th Piano Sonatas. The composer was already moving into new territory regarding piano writing. There are the massive pianistic effects of a romantic style but Scriabin infuses the work with highly original chromaticism. His fascination with piano texture is expressed in a complex contrapuntal style with much use made of inner voices and canonic writing. The brooding resonance of the opening recalls similar textures in the 3rd Sonata; the tempo swings with bell-like momentum. There is a long lyrical second subject and a striding and chromatic third theme. The coda continues to develop the material and becomes a major section in its own right. Although not as well known as the sonatas, the piece shows all the composer’s remarkable traits and it reveals again the exultantly positive and poignantly lyrical, in opposition to each other; a Scriabinesque ecstasy achieved with thrilling compositional brilliance.

SERGEI LIAPUNOV (1859-1924)
études d’Exécution Transcendante Op. 11
Berceuse
Ronde des sylphes
Tempête Liapunov was an important Russian composer, writing music in a late romantic style that shows the influence of Balakirev and Borodin. He was also attracted to the music of Liszt having studied with one of Liszt’s students, Karl Klindworth. In memory of Liszt, Liapunov wrote 12 études d’Exécution Transcendante Op. 11. Liszt’s set of 12 études d’Exécution Transcendante uses the flat keys. Liapunov’s set compliments the earlier work of the Hungarian master by choosing the remaining sharp keys. Chisato has chosen three for her recital disc. Berceuse (Lullaby) is full of gentle colours and subtle melody, Ronde des sylphes (Dance of the Sylphs) presents a dazzling array of rapid yet delicate figurations in both hands and Tempête (Tempest) is a suitably volatile and dramatic piece that recalls the mood of Liszt’s Orage from his Années de Pèlerinage. Like a number of Liszt’s études, Liapunov combines the pictorial elements inherent in the titles with a desire to explore the possibilities of piano technique and sonority. That he created some of the finest Russian piano music of its time cannot be doubted.

“…In such opulently virtuosic pieces, she (Chisato) plays with a sense of freedom; she is a pianist possessing extreme technique and sensitivity. We draw special attention to her choice of rarely played works along the standard repertoire… Every note is clearly judged even in the rapid passages…the poetic element of Russian music is beautifully brought out and the overall balance is well maintained…”THE RECORD GEIJUTSU, June 2012, Naomi Toyama
“Chisato Kusunoki shows a particular sensitivity to texture in the first and fifth movement (of Rachmaninov’s Moments Musicaux) and the third movement treated with just the right amount of gravity and restraint…Kusunoki shows subtle and controlled weighting and touch in the way she sings the melody through the frenetic texture of the second and sixth movements – Kusunoki remains precise throughout…Kusunoki handles the sudden shifts of rhythm (Sonata in G minor by Medtner) with vitality and assured precision. She is particularly arresting in the Andante Lugubre, showing a delicate sense of touch and shading. Her tempetuoso is not overdone but rather suitably tempered to fit in with her general sweep of the movement…There is much to be said for her natural, lyrical phrasing throughout the work…To close the recital we were treated to three gems from Lyapunov’s set of Transcendental Studies Op 11…Kusunoki shows a particular facility with rapid, light piano runs. Most impressive is the Berceuse. Kusunoki’s gentle approach makes for a performance of subtle colour and warmth along with a charming singing tone.”INTERNATIONAL RECORD REVIEW, Francesco Burns
“Japanese pianist Chisato Kusunoki has garnered a reputation as a fine interpreter of Russian music. In the six early Moments Musicaux Op 16 by Rachmaninov she finds the perfect marriage of Schubertian lyricism with coruscating emotionalism…Kusunoki obviously loves this music and it shows in her brilliant and incandescent advocacy”THE STRAITS TIMES Singapore 30 March 2012, Chang Tou Liang
“The comparatively routine debut CD isn’t for German born pianist Chisato Kusunoki who has chosen a more unusual mix of Rachmaninoff, Medtner, Scriabin and Liapunov… Rachmaninoff’s Six Moments Musicaux Op.16. provides a lot of melodic invention which Kusunoki exploits effectively…No 5 in the set is played with particular sensitivity. Nikolai Medtner’s (Sonata in G minor Op 22) carried a torch for 19th century romanticism very evident from this performance, which Kusunoki exploits to the full. In Kusunoki’s hands shows the composer (Scriabin Fanasie in B minor Op 28) spreading his wings from an almost Brahmsian starting point. Etudes d’Execution Transcendante Op11 by Sergei Liapunov showcases her (Kusunoki) evident delight in colouring pictorial music. Kusunoki certainly makes a great case for each piece.”THE OXFORD TIMES 23 February 2012, Giles Woodforde
“A Japanese pianist of high promise. Kusunoki gives a vivacious account of the Medtner G minor sonata, tempering its morbidity with youthful verve…This is the sound of an artist who knows her own mind.”Norman Lebrecht’s CD OF THE WEEK March 2012 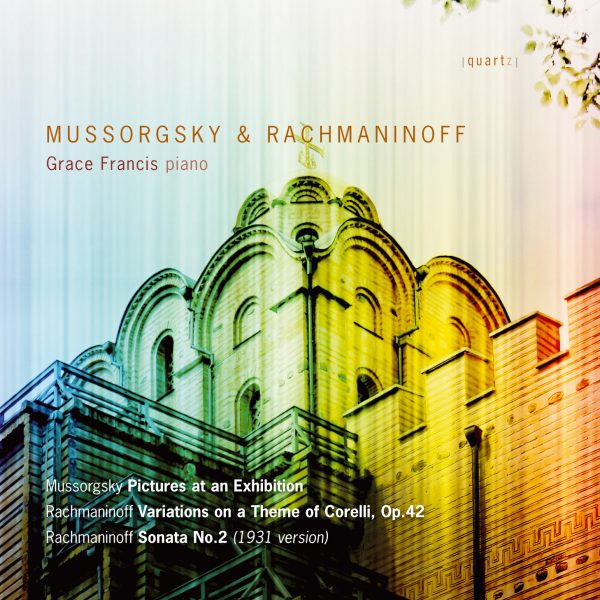 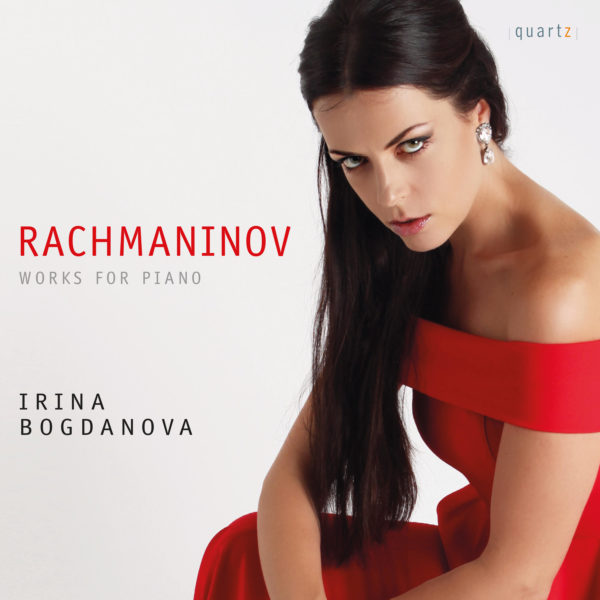