Music by Malcolm Arnold
Arranged and orchestrated by John Longstaff

En garde! Cardinal Richelieu is plotting against Queen Anne. Musketeers Athos, Porthos and Aramis, together with the spirited D’Artagnan have vowed to protect France at all costs. Meanwhile the young D’Artagnan is falling madly in love with the Queen’s Lady in Waiting, Constance.

David Nixon’s ballet, The Three Musketeers is a great combination of action packed sword fights, comedy, fun and some beautiful romantic duets between the Queen and her secret lover, the Duke of Buckingham and D’Artagnan and Constance.

David Nixon’s The Three Musketeers, with music by Malcolm Arnold, was first performed by NBT at the Alhambra Theatre, Bradford on 23 September 2006, the very day the composer died. It was an understandably poignant occasion, and few who were there will ever forget the inspired playing of the NBT Orchestra under John Pryce-Jones. No tribute could have been finer.

The music offers a very representative Arnold mix: film scores bursting with Hollywood opulence; symphonies and other concert works, written to exhibit the full resources of large orchestras like the Halle and, by contrast, more modest pieces: for wind band, string orchestra and even small chamber groups. Each work, of course, was re-orchestrated to suit the needs of NBT, John Longstaff producing, as if by magic, a brilliantly cohesive score both in its overall sound and its faithfulness to Arnold’s unique orchestral colours.

The choice of Malcolm Arnold was particularly appropriate, for he was something of a musketeer himself (at least, when on his best behaviour), and his music, like Dumas’ romantic drama, unashamedly wears its heart on its sleeve. Back in 1975, too, Arnold came close to writing a Three Musketeers ballet, for which a few musical sketches survive. David Drew, one of the Royal Ballet’s greatest stalwarts, was the catalyst, seeking Arnold’s collaboration for the ballet which he himself was intending to choreograph. They spent a day exploring the project, but although David had his own three-act scenario by then and set and costume designs by Terence Emery, Arnold (shortly to be in the throes of a terrible breakdown) never took things further.

In 2003, when Paul Harris and I were researching our Arnold biography, David Drew gave us the full story of his aborted Musketeers. The idea of combining Dumas and Arnold seemed so inspired that, a little later, I suggested to David that although the sketches were probably too fragmentary to be developed usefully, a composite score from Arnold’s vast output of published works might well be possible. To put this theory to the test, I played David piece after piece. I soon discovered an immediate glint in his eye meant Yes; the lack of a glint, No. Most encouragingly, the Yes’s swiftly outweighed the No’s, and it was not long before we were sounding out David Nixon, famous for his achievements in narrative ballets.

David, although, as ever, hugely busy, was so interested that we were soon sitting round the Drew dining-table like the Three Wise Men, listening to more and more Arnold, our host entertaining us from time to time by going into his dance (the cheeky Galop from the 2nd Brass Suite, which alas, in the end, didn’t quite make the cut). With NBT’s David it was not so much a question of glints as thoughtful, far-away looks (Yes) and puzzled gentlemanly silence (No). Both Davids, of course, knew exactly what would and wouldn’t work in the theatre. It was clear that, even at this early stage, a new Nixon ballet was already taking physical shape in his mind’s eye.

As soon as a rough working score had been agreed, John Pryce-Jones and John Longstaff came along. They listened carefully, liked what they heard, and the project moved on.

The score grew organically; before and during rehearsals there were some further changes. When, for example, David wanted extra input for the washerwomen in Act One, he and John Longstaff admitted one of the well-known English Dances, which, in deference to MacMillan’s Solitaire, we had previously excluded. Another late and inspired decision was the use of the Vivace from the Second Symphony for the ‘cat fight’ between Constance and Milady.

And so, in Bradford, a new work was born, and one which clearly offers a highly talented company a real show-piece for their skills. Such is the tireless invention of David Nixon’s choreography – gloriously romantic one moment, thrillingly daring the next â€“ that it is almost impossible to pick out favourite sections. But I’ll offer the five I would most like with me on a desert island: the virtuoso celebrations (to the rousing Duke of Cambridge March) after the four heroes and Constance have overcome the forces of evil in Calais; Buckingham and the Queen, dancing behind closed doors to their own highly lyrical theme tune; D’Artagnan and Constance, shyly expressing their love in a ravishingly beautiful pas de deux at the end of Act One (what a curtain!); Buckingham and Milady in England, spurred on by the most romantic music since Tchaikovsky, steamily mixing business with pleasure; and D’Artagnan and Constance in yet another fine pas de deux, starting in back-to-back bondage and danced to ‘Constance’s Sad Theme’, the only Musketeers sketch which Arnold later fully developed. There is so much to admire in David Nixon’s Three Musketeers, but, for many of us, â€˜Constance’s Sad Theme’ is the very heart of the ballet: a reminder of Arnold’s cruelly frustrated ambitions, and their late and very special realisation. 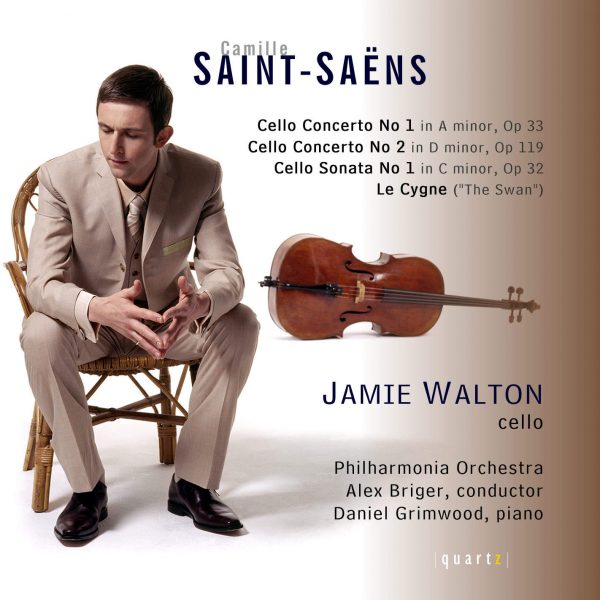